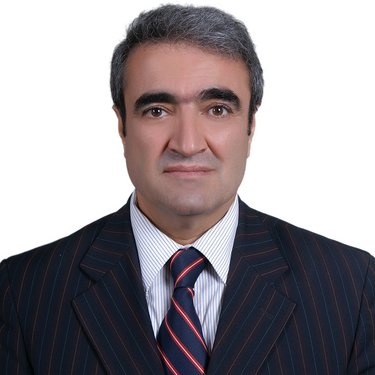 Bio. He completed his German Language Education between 1972 and 1973 in Germany. He finished his Machine Engineering Training Course in 1975 in Kassel/Germany with the support of IAESTE grant. He completed his BSc. study at Firat University/Turkey where he was the honored student (highest GPA among students) at the Department of Mechanical Engineering, and he started his MSc. study at the Institute for Nuclear Energy of Istanbul Technical University (ITU) in 1977. He had started as an Engineer at ITU Research Reactor in 1978, and after finishing his master study he had begun to work as a Research Assistant at Firat University in 1979. Between 1981 and 1982 he completed his dissertation experiments at Karlsruhe University in Germany with DAAD scholarship and later earned his PhD from Karadeniz Technical University (KTU) in 1983. He joined academic studies in the field of Computer Systems at Indiana and Purdue Universities in the USA via World Bank scholarship. He was promoted to Associate Professor in Energy Education in 1991.

He established first local University Television Broadcasting System at Firat University. This system has been broadcasting continually since 1991.

He was appointed for the position of Director of Revolving Funds Management of Technical Education College between 1991 and 1996. In 1992, he joined Salford and Bradford Universities in UK for academic studies on computer aided education and design. In 1995, he was invited to Oklahoma State University in the USA to have studies on Vocational and Technical Education, and Informatics. He was promoted to “Full Professor” in the field of Computer Systems Education in 1997. He used DAAD scholarship to work on a project in the field of Robotics at Bremen University/Germany in 1998. Between 1998 and 1999, he took the charge to combine the revolving funds management at Firat University. Specifically, he prepared the regulations and directives related with revolving funds management.

He served as the member of National Informatics Committees at Higher Education Council of Turkey (HECT) between 1999 and 2002. Between 2000 and 2004 he was the founder Dean of Communication College. Between 2003 and 2005, he taught different courses titled Analysis-Engineering Systems, Advance Mechatronics, Pro/Engineer (Solid Modeling), and Statics at West Virginia University in the USA. He was the founder vice president of Siirt University between 2007 and 2008. He held also the Dean of College of Education at Siirt University at the same time.

He was Firat University’s coordinator for the “East Anatolia Development Project” that supported by Ministry of Development of Turkey between 1998 and 2001. Prof. Dr. Asaf Varol was the Director of the Revolving Funds Management of Firat University between 2008 and 2012.

He is the founder of the Association of Software and Cyber Security in Turkey (http://www.softcybersec.org) which aims to create and develop national software for up-to-date technologies and to defense country against cyber-attacks.

He was elected as External Quality Examiners of Higher Education Council of Turkey in 2017 and he evaluated the education system of Abant İzzet Baysal University in 2017.

He graduated from the Master program in Public Administration at Sam Houston State University on May 13th, 2017. He is fluent in English and German languages. He is married to Nurhayat and have two sons with three grandchildren.

He has published more than 300 journal papers, books, proceedings, and he has been a columnist at BT/Haber and Gunisigi Newspapers since 1997 where he has a dedicated column.

Copper based alloys exhibit this property in metastable β-phase region, which has bcc-based high temperature parent phase structures martensitically turn into the complex stacking ordered structures with lattice twinning reaction on cooling. Lattice invariant shears are not uniform in copper based shape memory alloys, and the ordered parent phase structures martensiticaly undergo the non-conventional complex layered structures on cooling.  The long-period layered structures can be described by different unit cells, depending on the stacking sequences on the close-packed planes of the ordered lattice. The close-packed planes exhibit high symmetry and short range order as parent phase. The unit cell and periodicity is completed through 18 layers in direction z, in case of 18R martensite, and unit cells are not periodic in short range in direction.

In the present contribution, x-ray diffraction and transmission electron microscope studies were carried out on two copper based CuZnAl and CuAlMn alloys. These alloy samples have been heat treated for homogenization in the β-phase fields. X-ray diffraction profiles and electron diffraction patterns reveal that both alloys exhibit super lattice reflections inherited from parent phase due to the displacive character of martensitic transformation. X-ray diffractograms taken in a long time interval show that diffraction angles and intensities of diffraction peaks change with the aging time at room temperature, In particular, some of the successive peak pairs providing a special relation between Miller indices come close each other, and this result leads to the rearrangement of atoms in diffusive manner.

Bio; Dr. Osman Adiguzel was born in 1952, Nigde, Turkey. He graduated from Department of Physics, Ankara University, Turkey in 1974 and received PhD- degree from Dicle University, Diyarbakir-Turkey in Solid State Physics with experimental studies on diffusionless phase transformations in Ti-Ta alloys in 1980. He studied at Surrey University, Guildford, UK, as a post doctoral research scientist in 1986-1987, and his studies focused on shape memory alloys. He worked as research assistant, 1975-80, at Dicle University, Diyarbakir, Turkey. He shifted to Firat University in 1980, and became professor in 1996, and He has already been working as professor. He published over 45 papers in international and national journals, He joined over 60 conferences and symposia in international and national level with contributions of oral or poster, and He supervised 5 PhD- theses and 3 M.Sc theses.

Dr. Adiguzel served his directorate of Graduate School of Natural and Applied Sciences, Firat University in 1999-2004. He received a certificate which is being awarded to him and his experimental group in recognition of significant contribution of 2 patterns to the Powder Diffraction File – Release 2000. The ICDD (International Centre for Diffraction Data) also appreciates cooperation of his group and interest in Powder Diffraction File.